What Are We Showing our Girls?

Why are some of the most popular female characters in the most-produced TYA scripts defined by a limited character trait instead of their strengths, attributes or achievements?

Frog and Toad experience an entire year of seasons changing and friendship and James has a giant peach that goes floating across an Ocean. Yet Pinkalicious is limited to her love of pink cupcakes, and Nancy is only Fancy—their stories are small.

Why are some of the most popular female characters in the most-produced TYA scripts defined by a limited character trait instead of their strengths, attributes or achievements?  And how do we as a TYA community celebrate these popular titles while honoring the powerful words and deeds of women, such as those coming out of the #metoo movement, Time’s Up, and other social movements fighting for strong girls and women?

In my role as Executive Artistic Director of Bay Area Children’s Theatre, I have chosen to produce many of these titles and our audience loves them—actually, I love them.  Fancy Nancy Splendiferous Christmas was one of our top selling shows of all time, and I still have moms stop me when I’m out and about with my kids talking about how much they loved seeing that show with their daughters.  The actress who played Pinkalicious continues to get spotted on the street for that character, even though we last did that show five years ago.

These are beloved characters and bringing them to life on stage is a terrific way to engage girls in imagination, creativity, literacy and empathy and all of the things that we know theatre can do for our young people.

Not to mention, these shows are box office hits, which is important, because having hit shows allows us to pay our artists and explore other titles that might not have as much of a box office draw.

But, what if we are doing a disservice to our girls? What if the focus on one particular quirk that seems to be a part of the “girl character” canon is limiting the scope and the depth of the characters and adventures that girls in our audience are seeing represented on the stage?

"But, what if we are doing a disservice to our girls? What if the focus on one particular quirk that seems to be a part of the 'girl character' canon is limiting the scope and the depth of the characters and adventures that girls in our audience are seeing represented on the stage?"

We know that representation matters—when our production of Ladybug Girl and Bumblebee Boy, the Musicaltoured nationally, a wonderful African-American actress played the lead role.   A full year later, the actress had moved to New York and was stopped at the end of a class she was teaching when a little girl and her parents recognized her from seeing the show.  The parents asked to take a picture with their daughter and told her how important it was for their daughter to see her version of Ladybug Girl, because it is so rare to see a strong African-American girl character in popular culture. 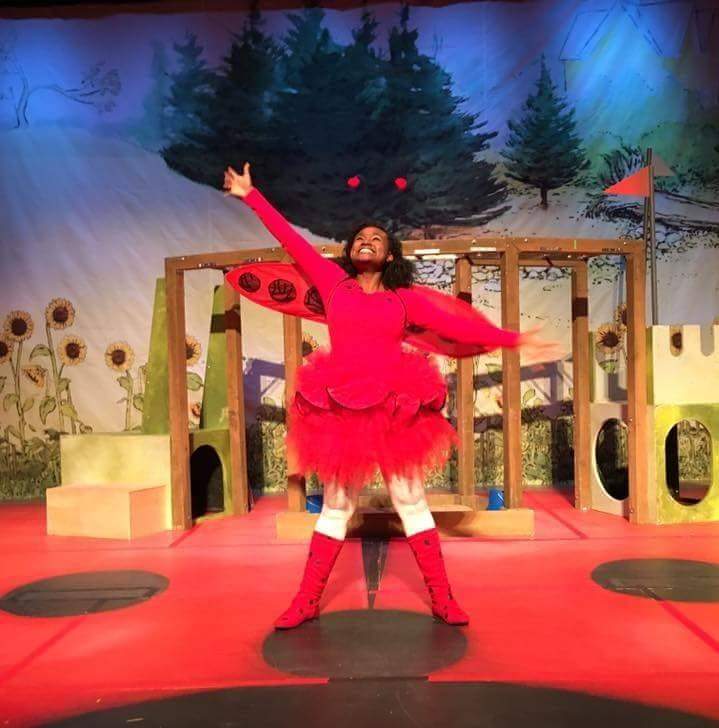 We want our daughters and girls exposed to positive role models who have power and agency.  In the current climate of #metoo and the powerful social movements that are streaming across our country, many led by strong female voices, how can we make sure that we are choosing titles that allow for the next generation of girls to grow up knowing they have a voice and knowing they have powerful stories to live and to tell?

I have no simple answer to this question.  My own daughter is 2.5 and ADORES the Fancy Nancy books, and I admit I have no problem with that.  The character is fun and creative and she likes to dress up too! I would love to bring that character back to our stage.  But, am I, as an Artistic Director making the choices that will bring that character to life in the best possible way? Am I balancing choosing that show with another story that allows us to see a powerful female character as a superhero?  Where is the TYA version of the Wonder Woman movie? (That’s a real question—playwrights, send me your scripts!!!)

Having struggled with this question for a while, I do have a few thoughts that I am hoping will start to nudge all of our TYA companies in the right direction:

Hire Female Playwrights and Composers—Right now I am working with the amazing Alison Gregory on Judy Moody & Stink: the Mad, Mad, Mad, Mad Treasure Hunt, and we have been making sure that Judy’s “Moody” is about having strong and powerful emotions, as opposed to being “too emotional” as young girls often depicted as being.

Hire Female Directors—I worked with a wonderful female director on Elephant and Piggie’s “We are in a Play!” who understood that the song “Don’t Go” in which Elephant continuously begs Piggie not to leave and all the while Piggie needs to go to the potty can be about Piggie feeling empathy for Elephant, instead of a male character silencing a female character.  She directed the scene with sensitivity and awareness and it was lovely.

Hire Smart Actors and Listen to Them—The women who portray these roles, Junie, Pinkalicious, Nancy etc. have the opportunity to infuse these characters with depth and character.  This will only happen if your rehearsal rooms are open places where everyone has a voice.

Create new works—There are a lot of wonderful stories out there waiting to be told.  I know new work is expensive and it is hard to make your box office numbers from lesser known titles, but it is worth the risk!  Bringing Rickshaw Girl to life on our stage was one of the most amazing experiences I have ever had as an artist. Why? Because of the number of moms who came up to us after the show to talk about their experiences growing up in a world where their opportunities were limited and how they want their daughters to live in a world where she can do everything she has ever dreamed of.

TYA can help elevate and amplify the voices of strong girls and women. How can we, as artists, educators and decision-makers – ensure that we make decisions that ensure that TYA is part of this powerful movement? 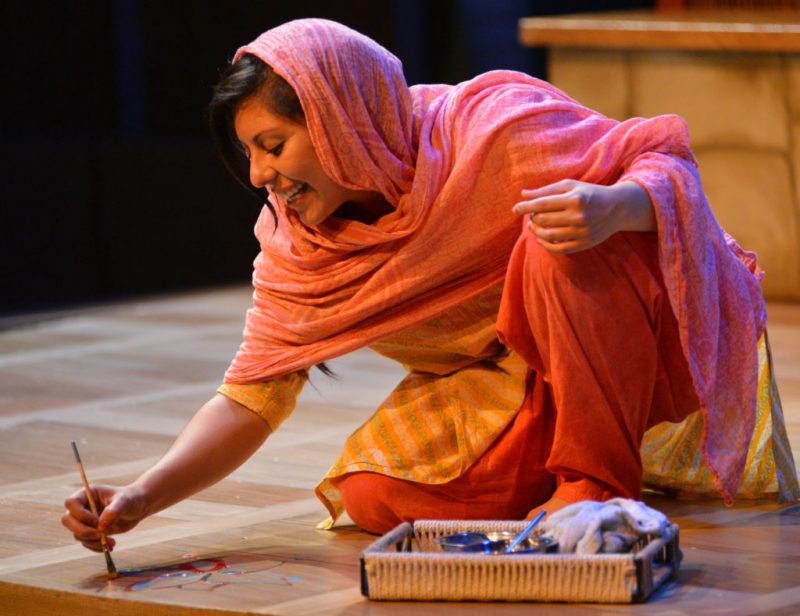