What happens when you combine innovative artists who mainly create for adult audiences, musical theater, puppetry, and climate change?

RIDDLE OF THE TRILOBITES, created by CollaborationTown and developed as part of New Victory LabWorks, is currently running off-Broadway until February 23.

TYA/USA spoke with playwright and co-creator Jordan Seavey to discuss the development of the piece, creating work for young audiences, and the importance of telling new stories.

JORDAN SEAVEY’s plays include Homos, or Everyone in America (OBIE Award for performance, Michael Urie; New York Magazine’s 10 Best Theater Events of 2016), The Seven Year Disappear, Wight, November 4th 2008, The Funny Pain, The Truth Will Out, Children at Play, 6969 and This is a Newspaper. Since 2003 he’s co-created more than fifteen new plays with theater company CollaborationTown. He is a Usual Suspect at New York Theatre Workshop, and an alum of The Public Theater’s Emerging Writer’s Group, Primary Stages’ Dorothy Strelsin New American Writers Group, and the Soho Rep Writer/Director Lab.

CollaborationTown creates ensemble-driven, humorous, and heartfelt new plays that defy expectations of how stories can be told in the theater, since 2003. Select productions include: Family Play (1979 to Present) (one of The Advocate’s 10 Best LGBT Plays of 2014), The Deepest Play Ever: The Catharsis of Pathos (The New Ohio Theater), The Play About My Dad (59E59 Theaters), The Momentum (2012 GLAAD Media Award nomination), Children at Play (The Living Theater) and 6969 (59E59 Theaters; winner of three NYIT Awards), Townville, The Astronomer’s Triangle, The Trading Floor. Awarded an Otto Rene Castillo Award for Political Theatre in 2014. Most recently the company devised a new play, Candy, under commission from LCT3 / Lincoln Center. www.collaborationtown.org

How did RIDDLE OF THE TRILOBITES come to be? How has the piece evolved over the course of its development? 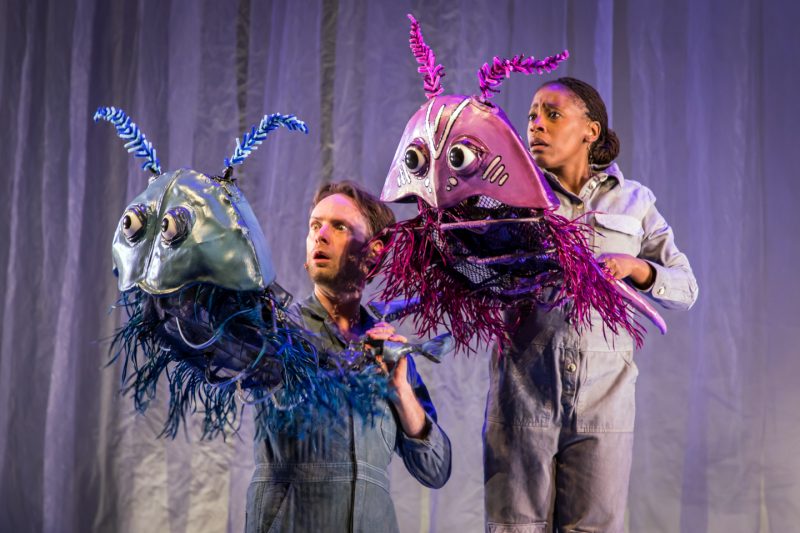 It makes so much sense that our protagonist is a young person who finds her anger—particularly at her elders, who refuse to recognize or do anything about the ocean changing around them.

How has the use of puppetry informed the way the story is told? 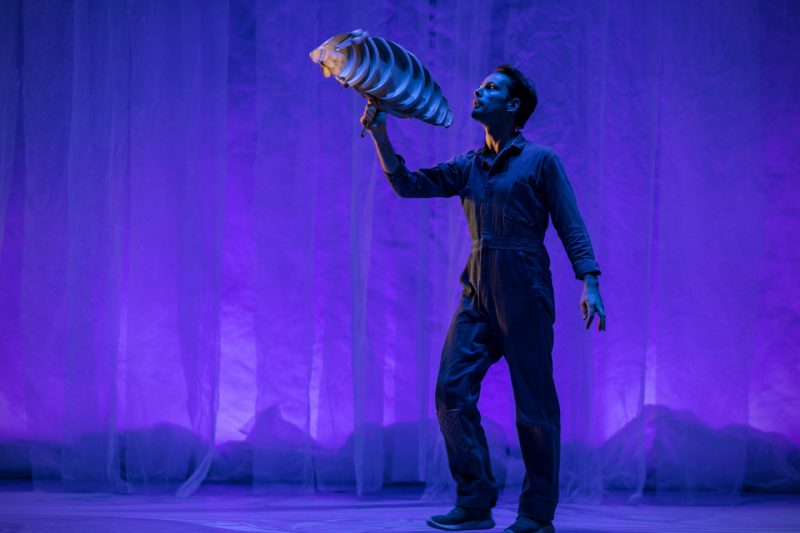 Stories are how young people learn how to decipher and move through the world! And they can be fun and marketable—even without being based on famous books—even tackling topics as daunting as climate change. We believe this.

Why do you think it is important for companies like CollaborationTown that mainly serve adult audiences to expand their programming to include children and families as well? 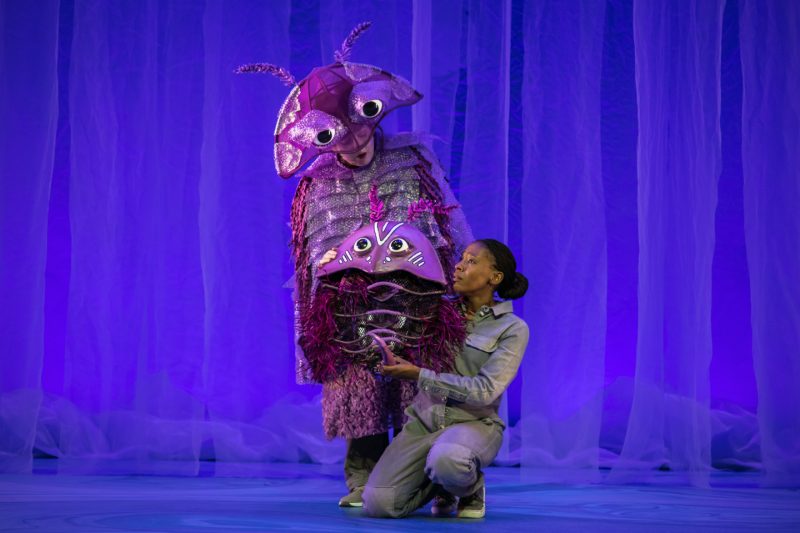 What do you hope is the next step for RIDDLE after its New York premiere?