Did you spend part of this New Year’s weekend watching Ratatouille: The TikTok Musical? If you work in Theatre for Young Audiences, you should be paying close attention to this phenomenon that became one of the biggest theatre stories of 2020.

If you haven’t been following, here’s a quick recap:

Back in August, a video was posted by artist and elementary school teacher Emily Jacobsen to TikTok, the video-sharing social media platform, featuring a very short original song about Remy the rat-turned-chef from Pixar’s 2007 movie Ratatouille. After it was shared and repurposed by another TikTok user with a huge following, the video went viral. Fast forward a few months, composer Dan Mertzlufft (who has worked across the TYA community and is part of the team at iTheatrics, but has recently struck viral gold on TikTok by creating a variety of musical content), took the short musical phrase and turned it into a fully orchestrated Act 2 Finale for an imaginary musical based on Ratatouille. This prompted thousands of other TikTok users to offer their own submissions, creating original songs bringing the animated film to musical life. Other users created set models, choreography, and even production artwork for a Playbill. An unauthorized, non-existent musical had taken TikTok by storm, with millions of viewers following.

Some creative producers (including the powerhouse artist and arts advocate Jeremy O. Harris) approached Disney about it, and they actually approved a one-weekend-only virtual production based on the property to be produced as a benefit for The Actors Fund. This past weekend, an hour-long virtual musical was produced featuring headline Broadway talent. Nearly all of the songs were drawn from the TikTok users themselves, who were compensated and credited for their work. Mertzlufft worked wonders to arrange a fully cohesive score out of the different songs, and wrote an additional song. The virtual event had sold 80,000 tickets by opening and has brought in over $1.6 million in ticket sales. 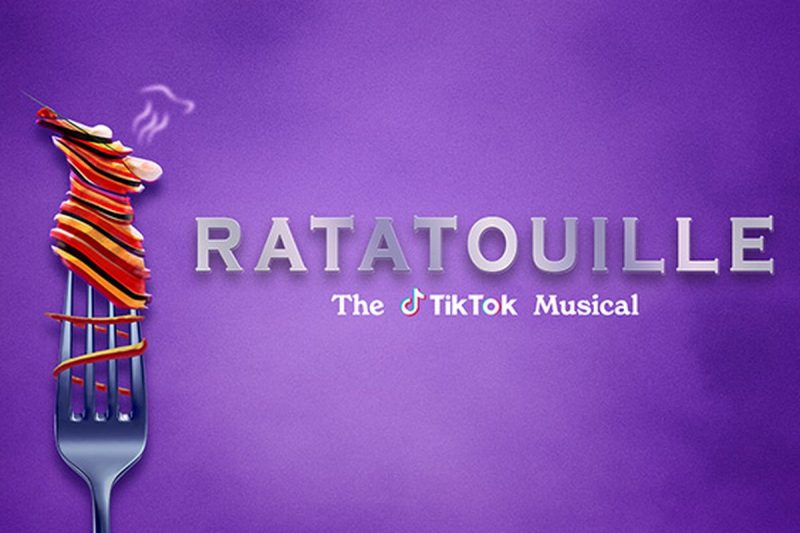 So, why should the TYA community pay attention to this? This incredible story offers many lessons to our community, and not just because Ratatouille: The TikTok Musical is arguably the most talked about mainstream TYA theatrical adaptation since The Lion King. Some may write the whole thing off as a passing fad or a moment made possible by the fact that the theatre world is shut down from the pandemic. But, many are already pointing out the ways that this model of crowd-sourced, audience-driven content creation may be a way of the future. Considering we are a field focused on serving young audiences specifically, we need to pay extra close attention to a theatrical revolution that is being led by Gen Z, in a virtual space that they have far more fluency in than most adults.

Here are five big ideas that TYA professionals can take away from this movement as we head into the next chapter of our industry in 2021 and beyond:

1. We need to understand how young people are engaging in and creating their own content. To stay relevant and connected to our young audiences, we need to be fluent in the languages they speak and understand the spaces they populate. TikTok is one example of the ways in which younger audiences are participating in the creation of content, actively using digital tools to make their own art and share it with the world. Their creations can reach wide audiences fast, and trends can be created overnight. TikTok and other digital platforms are also changing the ways that young people experience narrative and storytelling structures, with a fast-paced, clever, and unique aesthetic. We need to learn as much as we can from our young audiences, and the tools they are using—and consider the ways they should influence the theatre we create for them. 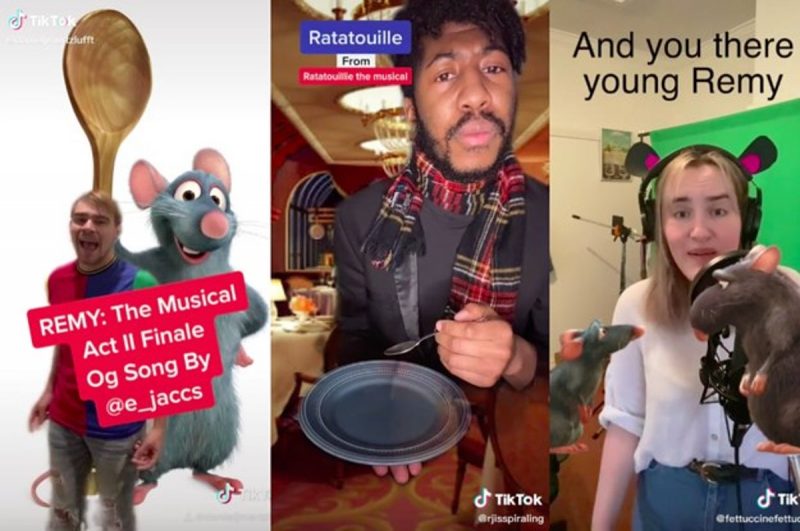 2. We need to recognize the ways that these platforms are changing the rules of the game. Over the last few years, social media movements led by young people have begun changing the commercial theatre landscape. Look to the rise of Be More Chill, produced on Broadway after it reached an enthusiastic young fan base online; the role that online platforms like TikTok played in the success of Beetlejuice; and the #Ham4Ham craze around the height of Hamilton. Social media is changing the ways that audiences interact with theatre, and how they can ultimately play a powerful role in what gets produced and how successful it can be.

4. We can learn from the fast, short-form, creative experimentation and community collaboration that TikTokers embrace. The new work development process for theatre tends to be labored and long. The entire process around Ratatouille: The TikTok Musical took a few months. Many TikTok creators note that the one-minute length limit on videos and the spirit of sharing experimental content lead to innovation, in part because the content is created and shared fast. How can we apply this short-form way of generating material and sharing it earlier with audiences to the ways we develop new stage work?

5. We need to empower rising artistic leadership and recognize the power of democratizing art-making. One of the most inspiring things about the Ratatouille movement is the way in which established Broadway leaders embraced, celebrated, and collaborated with fresh talent found through TikTok. Like the theme of the musical itself, “Anyone Can Cook,” there’s a recognition that talent can be found anywhere, and the democratization of art-making can be a powerful driver of connecting artists and audiences through theatre in refreshing new ways.