I enter a room to see eager college-aged self-proclaimed enthusiasts, novices, and practitioners ready to discuss how they would be part of making history in the field of TYA. Some, naive to the effect their participation will have on Latinx Theatre, TYA, the artists, scholars, practitioners, or most importantly, the young people who will be in attendance from the local schools in Austin. In that room, we were all there for different reasons such as advocacy, artistry, or experiential learning … among others. Cultivating a place into a space that will allow passionate people to come together to connect and, as the Latinx Theatre Commons (LTC) website mentions “… amplify the visibility of Latinx performance making.”

Audience members attending the post show talkback after Coatlicue 2.0. by Trazmallo Ixinti Company at the University of Texas at Austin. Austin, TX. Photo by Erika Alvarado.

One of the co-champions of the LTC TYA Sin Fronteras Festival and Convening, Roxanne Schroeder-Arce buzzes around the room welcoming University of Texas at Austin students (both graduate and undergraduate), faculty, and staff who came to hear about how they could be involved in the LTC convening in January of 2019 in Austin, TX. The excitement of being involved but the inquisitiveness of not quite knowing how this convening was different (or similar) to any other conference was funneled through the act of socializing and breaking bread – well actually, breaking cookies. This communal activity was my first exposure to what the convening would be like and feel like – both symbolic and literal all the same time. It was there that the impact of LTC’s goal of “radical inclusion,” without ever hearing the definition, was already being felt. The work was already happening. In the weeks following this, I was able to sit down with some of the organizers of the 2019 LTC TYA Sin Fronteras Festival and Convening to learn about the purpose, process, and product.

Abigail Vega (Producer) is an actor, director, and the producer of the Latinx Theatre Commons (LTC). She has produced eleven LTC convenings in Los Angeles, Chicago, Dallas, Seattle, Princeton, New York, and Austin and has performed or directed in over 25 cities across the US. She is a graduate the 2016 NALAC Leadership Institute, and is a member of artEquity 2016 cohort. Abigail Vega was a participant in the Leadership U: One-on-One program, funded by The Andrew W. Mellon Foundation and administered by Theatre Communications Group.

Emily Aguilar (Co-Champion) is a queer xicana educator and theatre artist working to ignite gender and racial justice. She earned her MFA in Drama and Theatre for Youth and Communities from the University of Texas at Austin and is currently on faculty at Bowling Green State University.

(Co-Champion) is a scholar, director, and playwright and is currently director of fine arts education in the College of Fine Arts at the University of Texas at Austin. She has published articles in journals such as Youth Theatre Journal, International Journal for Education & the Arts and Theatre Topics, and her plays are published by Dramatic Publishing. roxannearce.com

Samantha Omari-Cendejas (Assistant Production Manager) is a second year B.A. Theatre and Dance student at the University of Texas at Austin. She is excited to be working on Sin Fronteras and hopes to connect and learn from everything the festival and convening has to offer.

In your own words, what is the Latinx Theatre Commons Festival and Convening?

What are your overall goals for this festival in regards to its impact in the field? 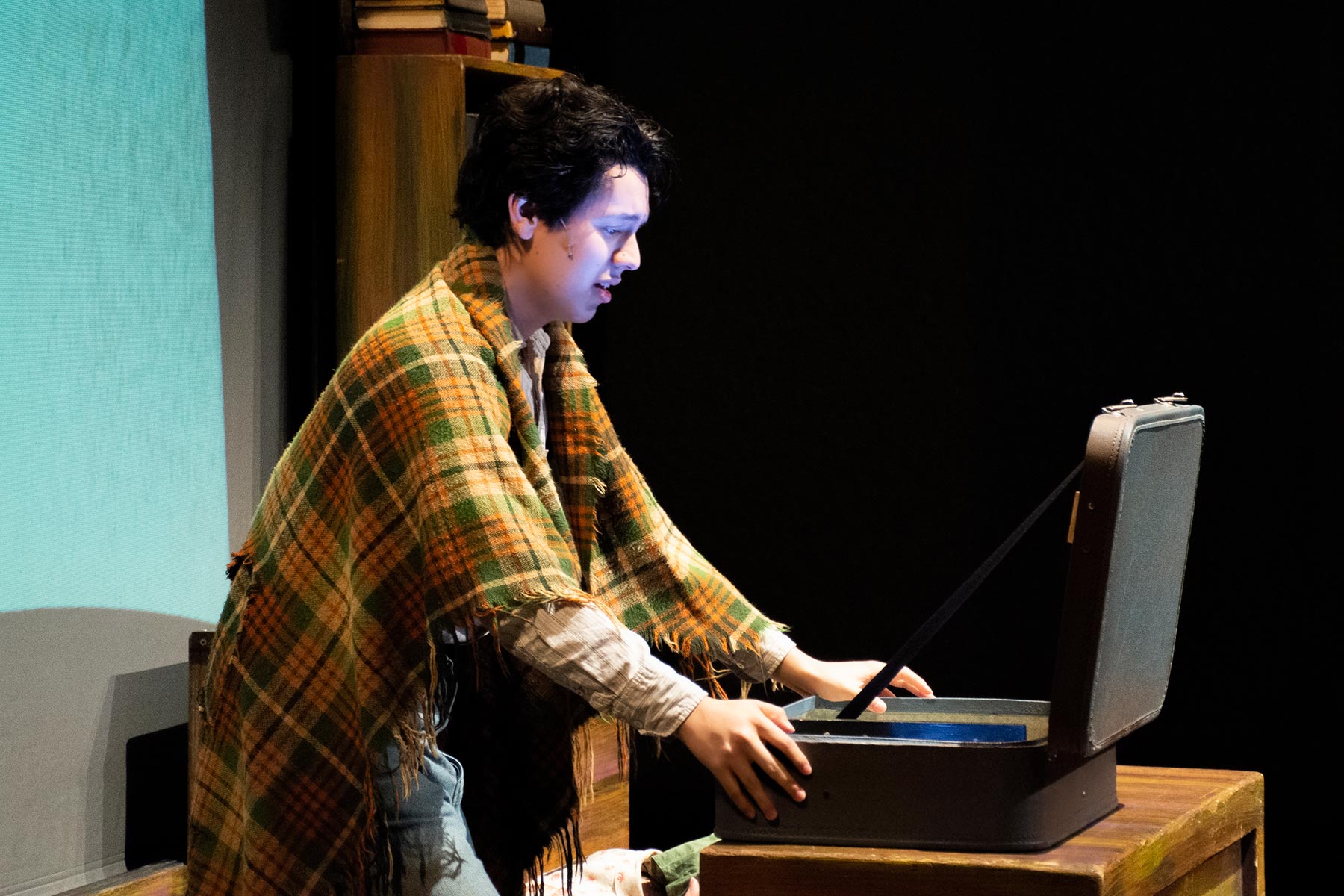 What are some best practices you’ve used to develop relationships for this convening?

During the planning process of this festival, what is something that you have discovered?

I’m still learning this: how do we navigate conversations about the piece where the youth are allowed and encouraged to lead but the adults can participate?

Who are some of your planned speakers, presenters, and artists?

What would you say to other theatre practitioners who want to continue to cultivate diverse and inclusive spaces for this work around the country?

Among all of those interviewed, they all stressed throughout our conversation the desire and intentionality behind this convening serving the Latinx community. It’s not for the masses, although everyone is welcome – allies, advocates, and enthusiasts are welcome, and there is a space for them, but the space is there to engage Latinx artists, theatre companies, students, and youth. “This is huge, and there are so many people that are making this happen and it’s awesome, and I’m so happy.” Roxanne’s excitement was palpable as she added this last comment before we parted. After having spoken to four people involved in making this convening happen, these things stuck with me: the specificity, the intention, the advocacy, and the love put into these convenings are what creates what Sam experienced as being safe, secure, and driven by passion. The message that she would like other students and youth inspired by or interested in this work to receive is “Keep growing and don’t stop, PLEASE (emphasize the please!) and … ¡gracias!”

I second that emotion, please and thank you!